Dragotin Ferdinand Ripšl (1820-1887) was a priest who journeyed across Slovenia and wrote exemplary parochial chronicles, where one could read about the history of different towns, weather, native clothing, trading, hunting and fishing. But to the Laško townspeople, Ripšl is known for its book: Kronika župnije sv. Miklavž nad Laškim (St Nicholas’ church above Laško chronicles). It was translated, amended, and edited by Jože Maček and published by Celjska Mohorjeva Družba in 2015. The members of Zveza Možnar’s Etno odbor – Jure Krašovec, Irena Mulej, and Vlado Marot – have gathered the information for their staging of a traditional wedding, right from Ripšl’s book. Nowadays, their production is known as one of the most authentic displays of old wedding traditions during the second half of the 19th century in this area.

The customs show the bride’s farewell from home, the set-up of traditional “šranga”, the theft of the bride’s flower crown, the larma (gifts for the bride), traditional wedding dances and the bride’s arrival to the groom’s home. The whole production, including the ceremony, lasts around two hours, and is performed by the members of the Anton Tanc Folklore group and the members of Šentrupert Cultural-Artistic Society.

This year’s traditional wedding at the Laško Beer and Flowers Festival will be the real deal! As the 51st couple, the bride Nataša Padežnik and groom Zvonko Vidic will enter into matrimony. You’re kindly invited to join the merry celebration! 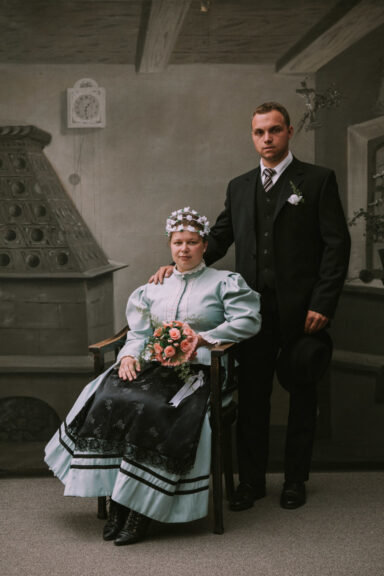 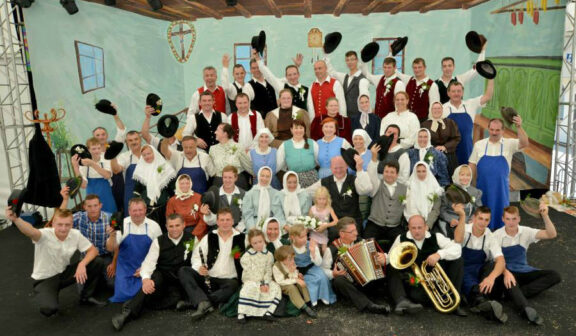